Presidium was formed by a 34-year old singer, composer and songwriter Vladimir Savenok in Leningrad in 1989. At that moment he already had about 15 years of musical experience and contributed his song writing skills to various projects like «Рассвет», «Старатели», «Веретено», «Ориенталь», «Обертон», «Белые Стрелы» and much more. However Vladimir never took a leading part in the projects he got involved into. Everything changed in mid-80's when the soviet rock-n-roll scene rapidly flourished thus giving an opportunity for lots of underground acts to get better known.

Presidium were not a typical band of that time. While majority of the local scene's rock-n-roll artists picked up harsh social themes mixed with artistic nighilism as the main component for their songs, Savenok offered something different: sophisticated vocal polyphony and melodical, neoromantic language were the basis of his compositions. That's why at some point Presidium's lineup consisted of up to six vocalists often making their tours and live performances complicated and strenuous. The following picture from early 1989 is a good demonstration of the band's ever expanding list of members. 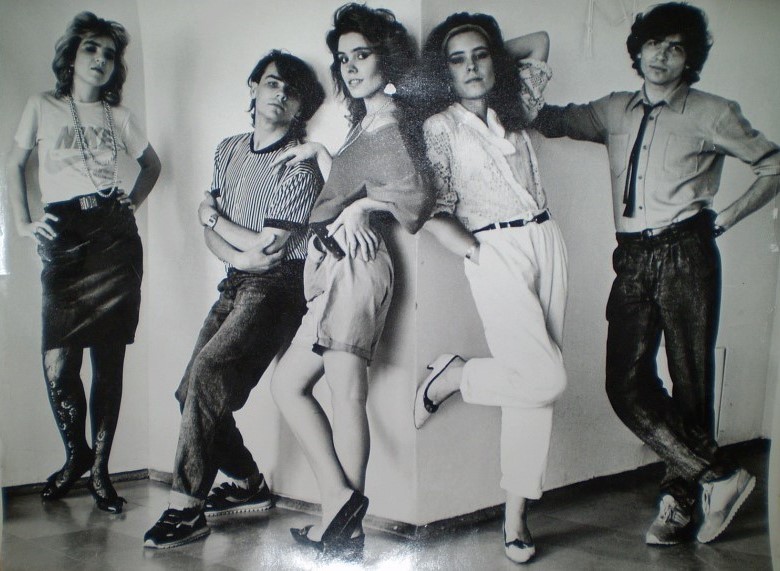 Seen to the left is the vocal and dance group of Presidium (left to right): Olga Gerasimova, Viktor Rodionov, Natalya and Larissa Druzhinina and an unknown dancer. Presidium's leader Vladimir Savenok is absent here, but he can be seen in the next picture below. Photo is taken from Olga Gerasimova's private archives.

The band's first and only tape album «Звёздный циферблат» (Stellar dial) was recorded in summer of 1989 at Leningrad Radio House mostly by Vladimir himself, who has written not only all the music but also lyrics for some Presidium‘s compositions. However most of the lyrics were provided by his fellow poets and songwriters, including such famous names like Alexei Remitzan, Viktor Zhilin and Edouard Radzevich.

Other members of Presidium were also contributing to the final product, inlcuding arrangements and vocal lines. The core singers were Vladimir Savenok and Olga Gerasimova, who was those days better known under her maiden name Olga Kovylina. The backing vocals were provided by twin sisters Natalja Druzhinina and Larissa Druzhinina.

Last but not least, the album got its smooth and stylish sound because it was supervised by Vladimir Lukichev and Yuriy Ivanovskiy – both being experienced sound engineers, they were keen on making synth-pop music of that time. One of their past successes was working with megapopular soviet synth-pop band Forum. 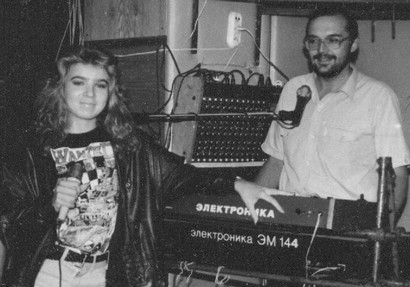 «Звёздный циферблат» was distributed via the local «Harmony» studio by copying it from master reels for everyone but it still never had a proper, official release. The same year after its recording «Звёздный циферблат» featured several broadcasts on Leningrad Radio. In order to promote their album Presidium went on a full-scale tour all around Soviet Union for the next two years . This tour included not only multiple performances in the western part of modern Russia but also made it possible for the band to reach out to some of the most exotic places of Siberia (cities of Omsk and Surgut) and Middle Asia (Uzbekistan).

However in 1991 Presidium was disbanded. Vladimir Savenok went on to work as a keyboardist in various bars and restaurants of St. Peterburg performing mostly rock-n-roll and blues covers. In 1998 Vladimir even formed a new cover band for these purposes – «Sweet Little 60's», nowadays a fairly popular local collective. In addition to this, over the years Vladimir got involved in numerous live projects and bands like «Beathoven», «Green River», «That Zeppelin», «Big Blues Revival», «Первая линия» (currently known as «Владимир Савенок и друзья»), «Кочевники Савояры», etc. Always being a busy musician as well as a composer and keyboard player, Vladimir Savenok is not only active in some of these projects until today but also often performs his own compositions solo and sometimes with his friends.